A new painting class delivered to your inbox each week. Paint along with me as we capture a wide variety of landscape subjects both in my studio, and outdoors working “en plein air. Each 2 hour (or so) class includes step-by-step instruction in composition, color mixing and paint application as we accomplish a new painting each week. Classes are recorded in HD video, allowing closeup views of my working technique. Simply click the link in your email and the class will begin to play. Paint along with me, or pause the class to take more time. Unlimited replays. New classes are emailed each Monday at 10 am EST. Then, on Fridays, join my live Zoom critique session at 3 pm EST, where you will be able to see other students’ work and share yours for constructive feedback. I will also be happy to review other paintings you are working on. 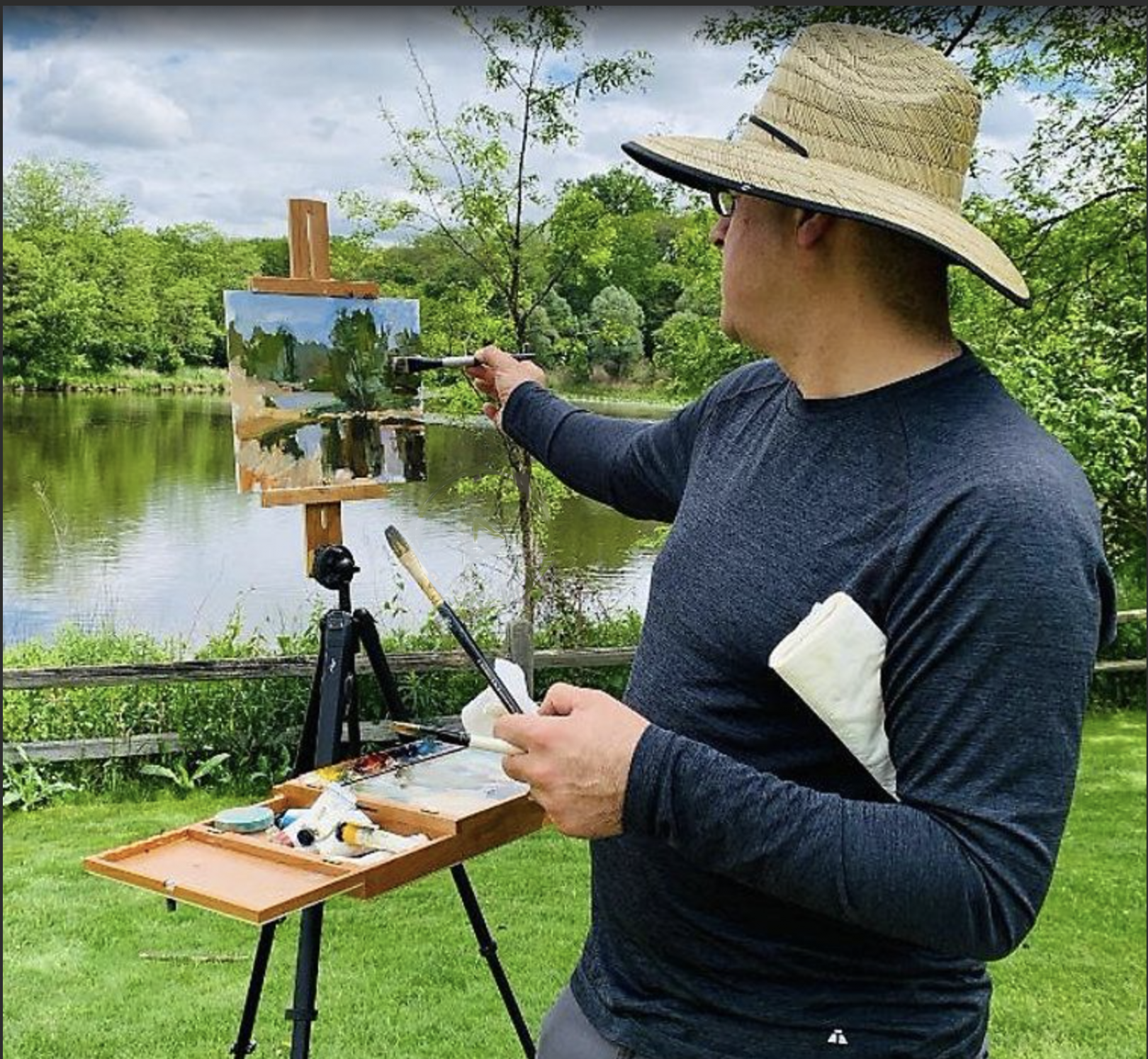 Chris Kolupski began painting outdoors as a teenager in the forests of Upstate New York and Canada. After working as a freelance illustrator for five years in Rochester, Chris moved to New York City where he studied portraiture and figure painting at the Art Students League of New York. Instructors such as Nelson Shanks, Everett Raymond Kinstler and Dean Keller shaped Chris’s modern approach to painting from life. Chris continued his studies at Shanks’s Philadelphia Studio Incaminatti.

In 2004 Chris founded Boxart Street Atelier in Rochester, New York, where he taught drawing and painting for almost a decade. He continued teaching at Gallery 7 Studio, and currently teaches from his home studio in Rochester, New York. He loves hiking and painting rugged landforms like the deep gorges of Upstate New York and the red rock of Colorado and Utah. “There is nothing like painting roaring waterfalls or sun baked badlands. Nothing like the swoosh of a hawk slicing through a canyon updraft as I try to capture fleeting effects of light.”

Your $110 registration will include either 4 or 5 classes depending upon the calendar month, plus the live critique on Fridays. Payment can also be made via PayPal at PayPal.Me/CKolupski, Venmo @chris-kolupski, or Cash App @Christian Kolupski. If using these other services, please be sure to email: ckolupski@gmail.com, so I can send you a registration confirmation. Tuition is month-by-month, take as few or as many classes as you wish without obligation or auto-renew.